THE UNBEATEN Fremantle has sent an ominous warning to its AFLW rivals, producing a ruthless performance to comfortably account for Gold Coast in a bruising semi-final on Saturday.

The Dockers were a class above their youthful opponents, moving through the gears throughout the afternoon on their way to a resounding 70-point victory at Fremantle Oval.

The 12.8 (80) to 1.4 (10) win sees Fremantle set up a highly anticipated preliminary final bout with Melbourne next week, while ending the impressive debut campaign of a plucky Gold Coast side.

Kiara Bowers was again sensational for the hosts, racking up 22 disposals and 14 tackles in a best on ground showing, while Ebony Antonio (20 disposals, one goal) and Kara Antonio (19 disposals, seven marks) were also influential in a dominant Dockers display.

Typical of its brave maiden AFLW season, Gold Coast was stringent defensively throughout a hard-fought opening half and looked to be well and truly in the contest before a late Fremantle flourish on the stroke of the main break broke the game open.

Lively forward group Gabby O'Sullivan, Kate Flood, Sabreena Duffy and Gemma Houghton all got among the action to kick multiple goals, while a strong pack mark and a composed finish from Roxy Roux extended the home side's advantage to 27 points at the interval.

WATCH IT LIVE How to follow AFLW finals this weekend

That lead continued to build throughout a routine second half for the Dockers, who kicked 10 consecutive goals after quarter time to rub salt into the wounds of the tiring Suns and ease into the next week of the finals.

Did you see that?
Roxy Roux had a day out at Fremantle Oval, with her fantastic mark on the stroke of half-time her defining moment. From fourth in the queue, Roux dived over the pack to grab strongly. Her composed set-shot finish was just reward for a fantastic piece of individual brilliance. She finished with 11 disposals and three marks for the match.

The hero
Who else? Kiara Bowers was again the star of the show for Fremantle, dominating out of the middle of the ground through her trademark brute force. Bowers won 22 disposals, while her incredible tackle count for the season continued to grow with another 14 laid against Gold Coast. She remains the key cog in this impressive Dockers outfit.

Five (or eight) minutes of madness
Gold Coast had produced a resolute first-half performance and trailed by just nine points with only a few minutes remaining until the main break. However, as it has throughout the season, Fremantle broke the game open in an instant. Three goals in eight minutes from Kate Flood, Gemma Houghton and Roxy Roux virtually put the game to bed and opened up an unassailable 27-point half-time lead.

Sliding doors moment
What could have been? After earning a free kick following a brave contest, Gold Coast's Tiarna Ernst failed to convert from just 15m out. The kick could have cut Fremantle's lead to just two points with a few minutes remaining in the first half. However, just like that, the Suns' deficit instead grew to 27 points by the interval. Ernst later left the field and didn't return as a result of the heavy hit.

What's next?
Fremantle will be shooting for a maiden AFLW Grand Final appearance when it meets Melbourne in next week's preliminary final, while defeat means Gold Coast's impressive debut season comes to an end. 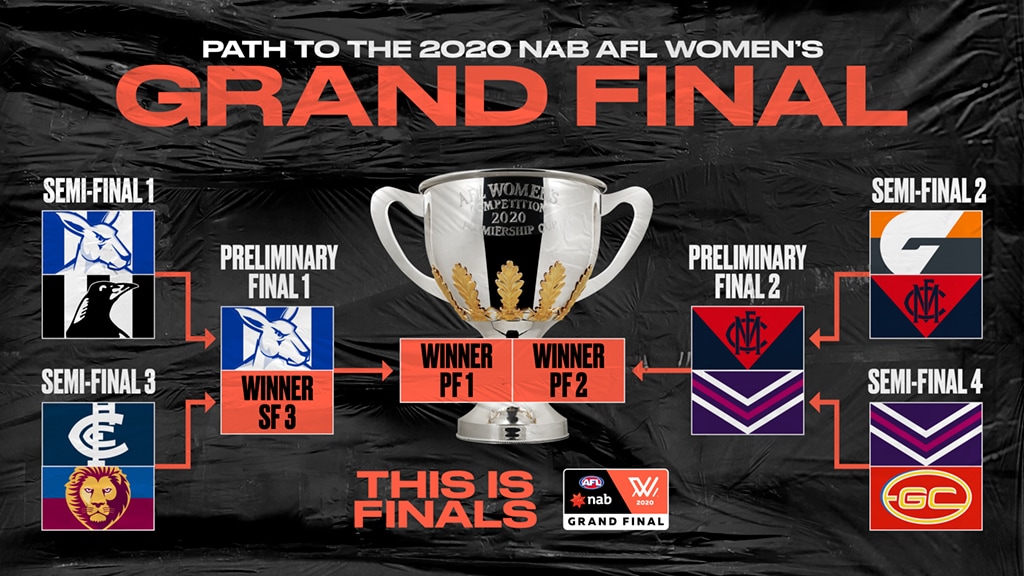 Match stats will activate once the match has kicked off

Match stats will activate once the match has kicked off