STAR Melbourne recruit Tayla Harris will get the opportunity to take on former side Carlton, after the AFL released the fixture for round 10 of the 2022 NAB AFLW season.

As with round nine, the time and dates of each match is yet to be locked in to allow for greater flexibility, but Harris’ Dees will host the Blues at Casey Fields.

>> CHECK OUT THE FULL ROUND 10 FIXTURE BELOW

Reigning premiers Brisbane will finish the home and away season with a trip to the Swinburne Centre, which resulted in a win the last time the Lions played Richmond.

2022 FIXTURE Check out who your club will face

St Kilda will be back at a refurbished RSEA Park, facing a tough battle with Adelaide, while the Western Bulldogs will play its first AFLW game at Mars Stadium in Ballarat, hosting Fremantle.

Rounds 1-9 of the 2022 season were released on Thursday, and three weeks of finals will follow the conclusion of round 10. 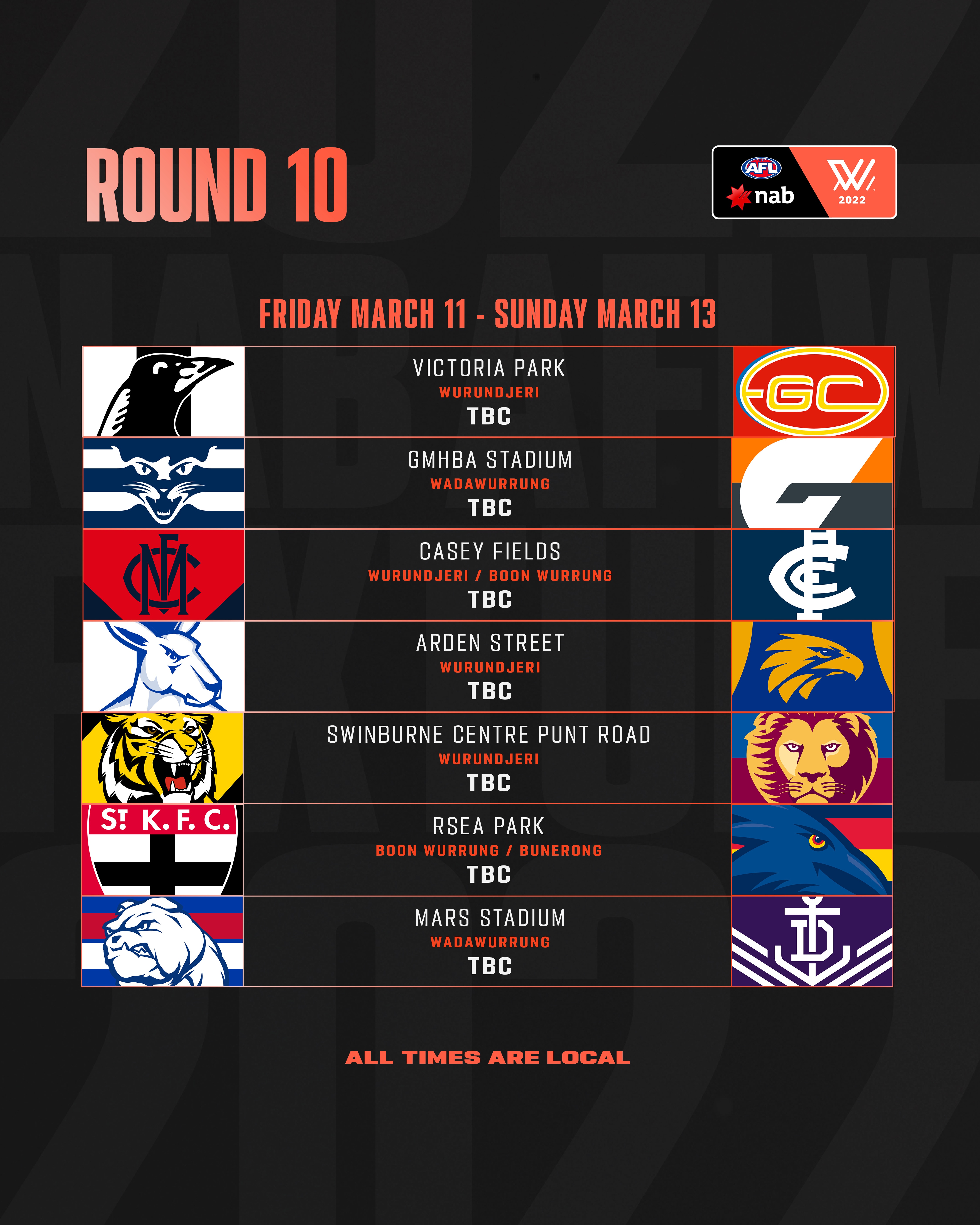