The W Awards recognises the Best and Fairest, NAB AFLW Rising Star, All Australian Team, Toyota Mark of the Year, and Crypto.com Goal of the Year.

BRISBANE'S Ally Anderson has been named the AFLW's Best & Fairest for season seven after winning a thrilling count on the night.

Anderson finished on 21 votes, two ahead of Richmond's Mon Conti with Adelaide's Ebony Marinoff a further vote back.

RECAP: The W Awards for season seven, as they happened

The officiating umpires will award votes on a 3,2,1 basis after each match, with votes to be counted as part of the W Awards.

Any player suspended by the AFL during the season will be ineligible to receive the award.

To be awarded to the player(s) with the highest number of goals during the home-and-away season, and presented at the W Awards.

AFLW Mark of the Year

AFLW Goal of the Year 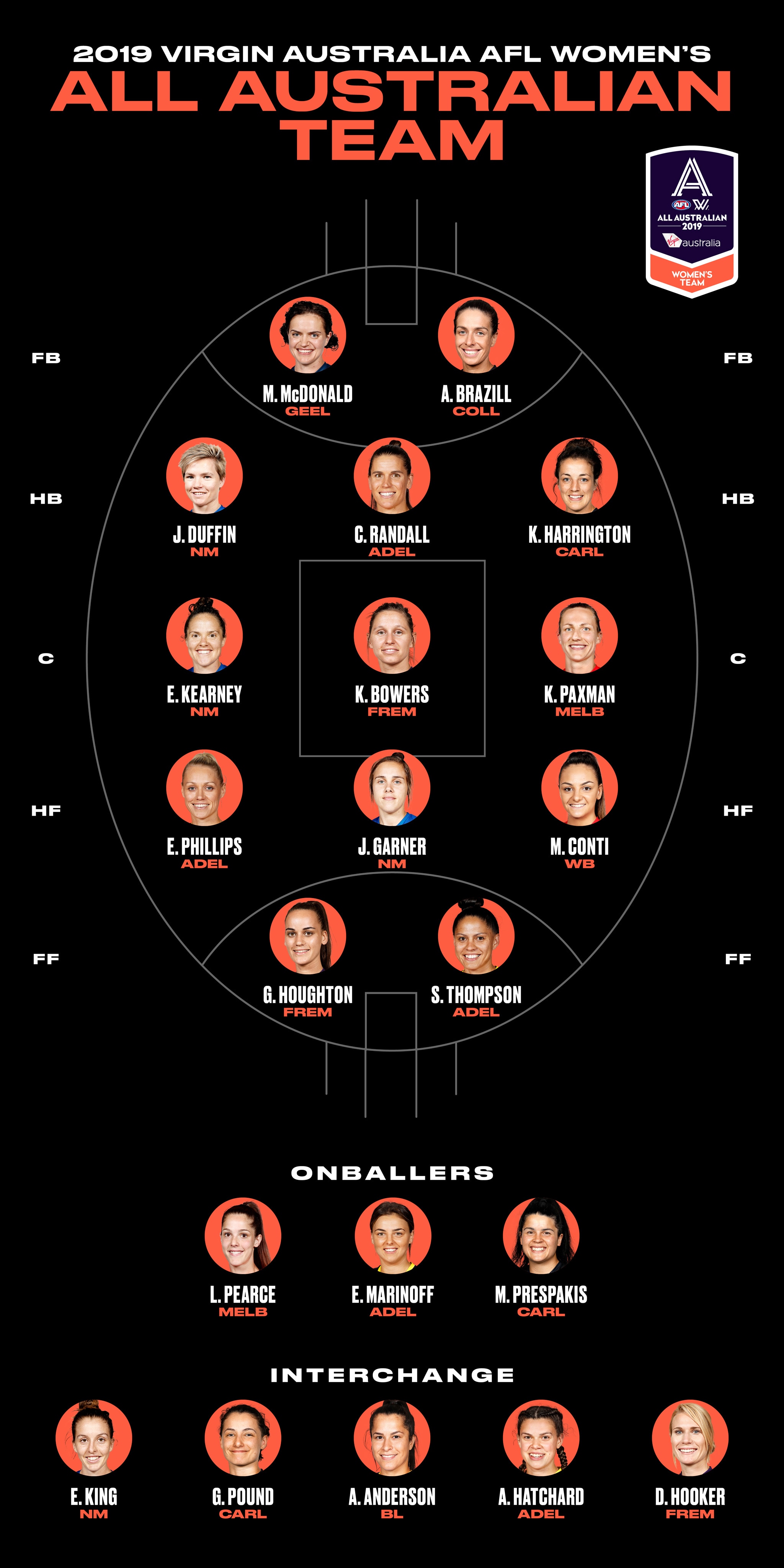